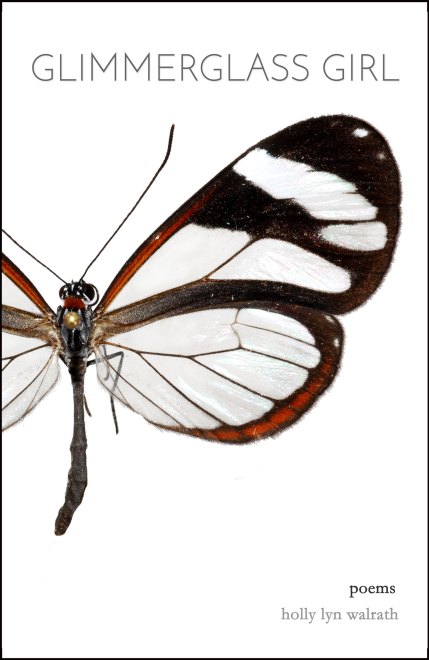 A graduate of the University of Denver’s Creative Writing program, Holly Lyn Walrath is returning to Colorado this August to join Kathy and I for our Rendezvous in the Rockies Retreat. And the retreat will serendipitously coincide with the release of her debut chapbook of illustrated poems, Glimmerglass Girl, from Finishing Line Press.

Bold yet delicate, sharp, intricate, and woven with fragile strength, there are many things to like in Glimmerglass Girl. The first a reader might notice is the interplay of words and images, something many writers attempt but not always with such success. Glimmerglass Girl uses classic and vintage fairy tale images to give the book an aura of innocence and nostalgia; I’m reminded of my early copies of Alice in Wonderland or my treasured illustrated Grimm’s Fairytales.

But this is not a children’s book, and the reader quickly understands that innocence and nostalgia is working to contrast darker, more serious subjects. Placed against this whimsical background we get a modern treatise on womanhood and femininity, the fragile image of woman distorted behind the glass. This idea of reflections–the ways that women are both seen and unseen by ourselves and others–is demonstrated skillfully in one of the opening poems:

Self Portrait through an iPhone

At first glance is surprise—is this what I look like to him—eyes down-shot—drifting left to right—the act of self-interrogation— and yet what redeems me to you—female recompenses mean nothing—the twinge of hair burned red by the sun—the lips on which fine lines of aging make deeper, harder—the smoothness of cheeks still pink with sylphen shock—in the background hangs a version of you—a younger interpretation—so little changes since the act of self-love—blackening her eyes—bruising her lips like throwing an apple at a wall—these things seem natural—but I still don’t recognize you like I should—I still don’t know how to love you like myself

Says Walrath about Glimmerglass Girl, “I wanted to shine light on the darker parts of my own personal history as a woman, while acknowledging that society expects us to be as delicate as a butterfly….Butterflies are actually incredibly strong creatures in the natural world. I think women are the capable of great acts of strength so I wanted to highlight that irony.”

And she does. This dichotomy of delicate and strong, girl and woman, power and power distorted comes through beautifully in this debut chapbook of illustrated poems. 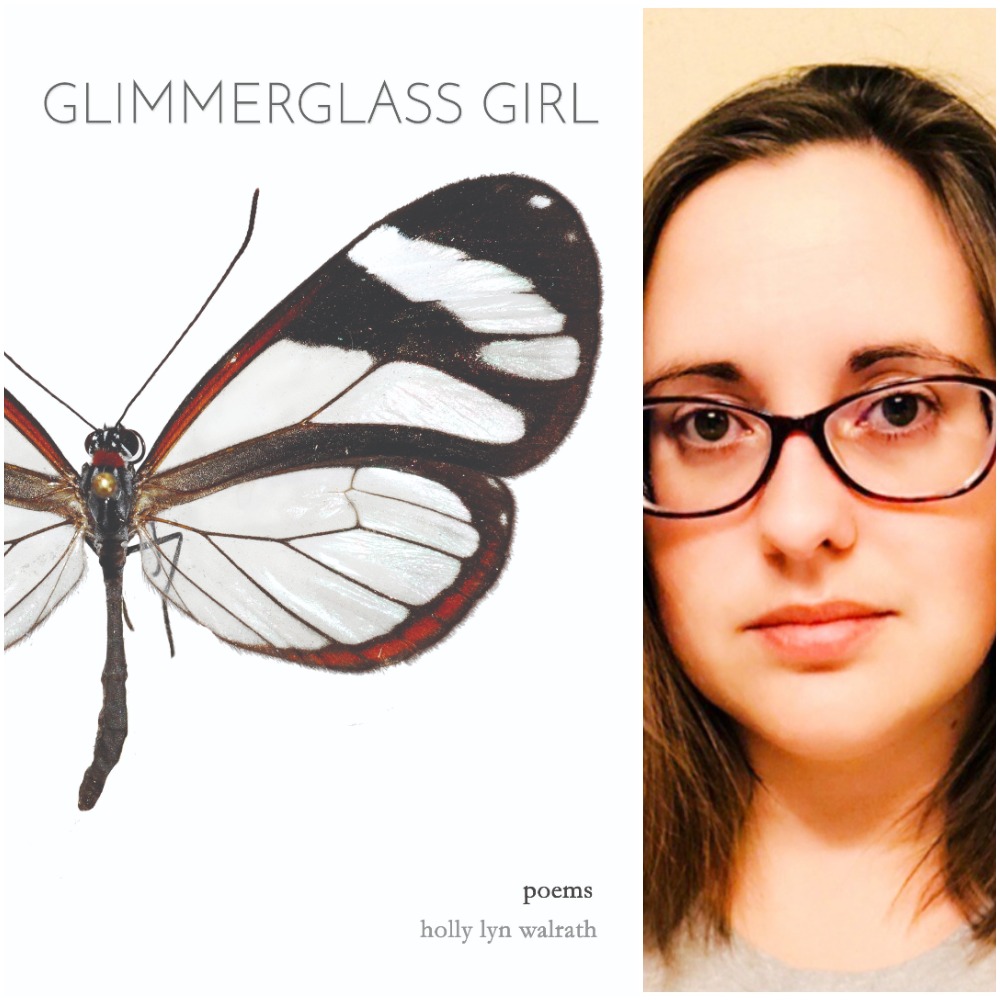 View all posts by Nancy Stohlman