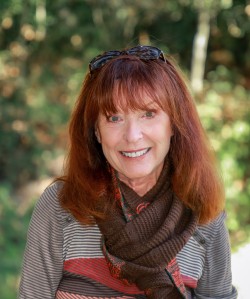 The lovely and talented flash / micro writer, Jayne Martin, will be joining Nancy and me (again!) this summer for our French Connection retreat outside of Bordeaux, France. She also took part in our retreat in Italy last May AND our debut retreat in Breckenridge in 2018! We love Jayne and we love her writing and are so excited about her new collection, Tender Cuts , which comes out November 4th (pre-order from Barnes & Noble or Amazon.)

How is Crafting Microfiction Like Getting a Boat Inside a Bottle?

I have no idea how anyone gets a boat inside a bottle. I’m still trying to figure out how all those people get inside my television. But I do know a bit about writing microfiction. And a touch of mystery is a big part of it.

When writing micro, what I describe as stories under 300 words, leaving room for the reader to participate is crucial. To do this, the writer needs to think like a painter, encompassing strong imagery. Our brains are wired to respond emotionally to sensory details.

As a child, I enjoyed lying on my back on the lawn and staring at the clouds as they morphed into angels, butterflies, even sharks. Look! There are his teeth. That’s not a shark, a friend might dispute. That’s a wolf! And who’s to say who was right? Imagination, interpretation – they’re as unique as our DNA.

When crafting microfiction, whether it’s a 25-word story or 300 words, the writer needs to engage the reader’s imagination, encourage their interpretation, and give them a fully realized character whose life continues far beyond the constraints of the story. Here is one of the shorter pieces from my new collection of micro, “Tender Cuts.”

Found upright at the curb in the chill of dawn, the single blush-tinted stiletto was the last footprint she would leave on this earth, its mate too quick to step into the car of another faceless stranger. Tiny hands press against a window and wait for her return.

Only 48 words, but what can we gather about this character? Consider the color of the stiletto. It’s not black or red, it’s blush. She still has a softness about her. She was snatched in a way that indicates violence. Likely, she hasn’t yet developed the street instinct to tell the harmless from the harmful. She hasn’t been doing this for long. Consider the “tiny hands” waiting for her return. She’s a mother. Consider the circumstances that could have led her to this state of desperation in order to provide for her child.

I could have written that all out, but doing so would have stripped you of having your own experience of the piece. A micro, even more so than longer literary forms, must leave the reader having had an emotional experience. Otherwise, it risks being just clever. And in writing microfiction, clever is the booby prize.

Jayne Martin lives in Santa Barbara, California, where she rides horses and drinks copious amounts of fine wines, though not at the same time. She is a Pushcart, Best Small Fictions, and Best Microfictions nominee, and a recipient of Vestal Review’s VERA award. Her debut collection of microfiction, “Tender Cuts,” from Vine Leaves Press, is available November 4th. Visit her website at:  www.jaynemartin-writer.com 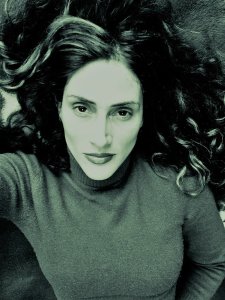 Below is an excerpt:

MP: Congratulations on your new collection, MADAM VELVET’S CABARET OF ODDITIES! Can you tell us why the world of circus life, the world of clowns, and side-show oddities and performers became your focus?

NS: Thank you! And so many ways to answer this question! So, I’ve been on stage since I was very little in one way or another. Actually my very first memory is of being wheeled around the Barnum and Bailey circus ring (with some other kids picked from the audience) by clowns. I remember the feeling of spotlights so bright I couldn’t see my parents in the audience at all, and I remember the clowns talking to each other like regular people and it occurred to me that they were regular people. Then when I was about 10 my mother actually became a clown (she was nothing like the clown in the book) and used to recruit us to come “clown” with her: at the retirement community, at the town picnics and parades and such. I loved recognizing my friends from school and realizing they had no idea who I was when I was in clown makeup.

But maybe the biggest impetus to write this book was the years I spent traveling with the Renaissance Festival. It was a weird and wonderful American pastoral time—I was in my early 20s, I lived in a van and traveled all over the country, city to city—I’ve been to 47 states. And I’ve tried to write about those years many times—I wrote a bad (unpublished) novel called American Gypsy years ago. But as I said earlier, I have an aversion to telling a story straight—I have to come at it slant. And considering the reality of this/that life is pretty crazy to begin with, it took me a long time to find the right back door into the material.

You can read the rest of the interview HERE. 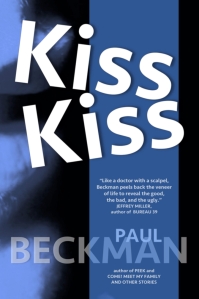 Prolific flash fiction writer Paul Beckman is joining Nancy and me for our Rendezvous in the Rockies writing retreat in Breckenridge, Colorado in August. His most recent collection of stories, Kiss Kiss, published by Truth Serum Press, is arguably his best to date. If I counted right, there are no less than 78 new flashes compiled here and each one is a tiny, glowing gem of a story, with characters you’ll not soon forget.

Not included in this collection, Paul’s story, “Healing Time” is illustrative of his craft and was one of the stories most often called out and admired in reviews of Best Small Fictions 2016 edited by Stuart Dybek. There, he perfectly conveys the best and worst of a family confronting a crisis. Paul’s gift is the honesty and relatability of his stories and his people. He finds the moments that convey a lifetime. Human dynamics distilled and potent.

One of my favorites from Kiss Kiss is “Birthday Beer” which opens compellingly and deliciously:

“My wife called and told me to come home. I finished my birthday beer and drove home and the driveway and yard were filled with cars. Some surprise birthday party. I grabbed a drink from someone’s hand and walked around the gathering. I look and these were not my closest friends, in fact, not my current friends at all but people I’d played tricks on, rolled over in business deals, and spoken against to others. They climbed the deck stairs and I was people-pushed into my living room and told to stand in a square taped onto the floor.”

Paul is one of my favorite flash fiction writers and he just keeps getting better. Read this collection for lessons in style, voice, concision, and emotional honesty, but mostly read these stories to be entertained. I promise you will be.

Kiss Kiss may be purchased directly from Truth Serum Press / Lulu or from Amazon.